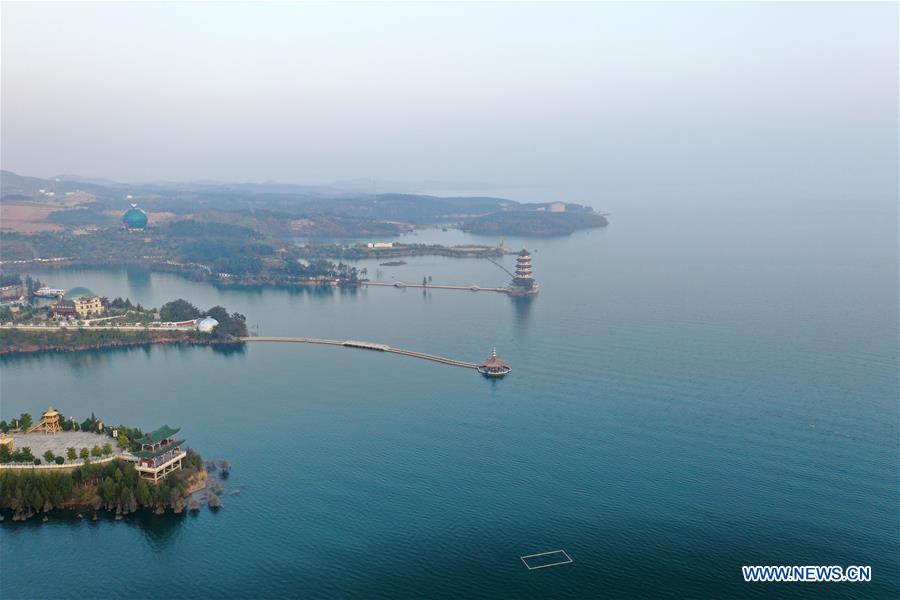 Two rounds of heavy snow last December and earlier this year swept across Beijing, making clear the importance of water to socioeconomic development. In fact, as of October 2019, the groundwater level in the plain area of Beijing had risen by 2.88 meters thanks to the South-to-North Water Diversion Project began to divert water from the Yangtze River to the dry north at the end of 2014. The groundwater reserve had ever since increased by 1.48 billion cubic meters, and the capital has been enjoying the quality water from the south.

The central route of this mega-project just celebrated the fifth anniversary of its completion months ago, and the route has become a lifeline of the north that has suffered from continuous droughts and over-exploitation of groundwater. The project is exactly what is needed for China's sustainable economic growth, environmental protection, and the betterment of people's well-being.

As of December 2019, 29.95 billion cubic meters of water had been pumped to over 40 cities and 260 counties through its eastern and central routes, directly benefitting 120 million people, according to the Ministry of Water Resources. Danjiangkou Reservoir, the source of the water diversion project, provides 73% of Beijing's urban water, and also supplies water for 14 districts in Tianjin. Four million people in 80 cities of Hebei no longer have to struggle with high-fluorine and alkaline water. As a huge infrastructure project that injects impetus into north China's economy and general social well-being, it has become a landmark in China's hydro-logical and engineering history.

The South-to-North Water Diversion Project not only pulls off multiple engineering and technology miracles, but also serves as a clear manifestation of China's political-system advantages. The successful transfer of water took generations of continued efforts, ranging from accumulating knowledge and wisdom to adequate investment, technology breakthroughs, relocation programs, and environmental protection. The whole country was determined to complete the project, showcasing China's wisdom, speed, and strength.

As there have been environmental concerns around the project, the project is committed to first conserving water, tackling pollution, and protecting the environment, and then properly utilizing the project later.

The South-to-North Water Diversion Project has been a leverage for China to enhance national strength, implement strategic programs, and safeguard water security.