Confidence in Sustained Opening Up 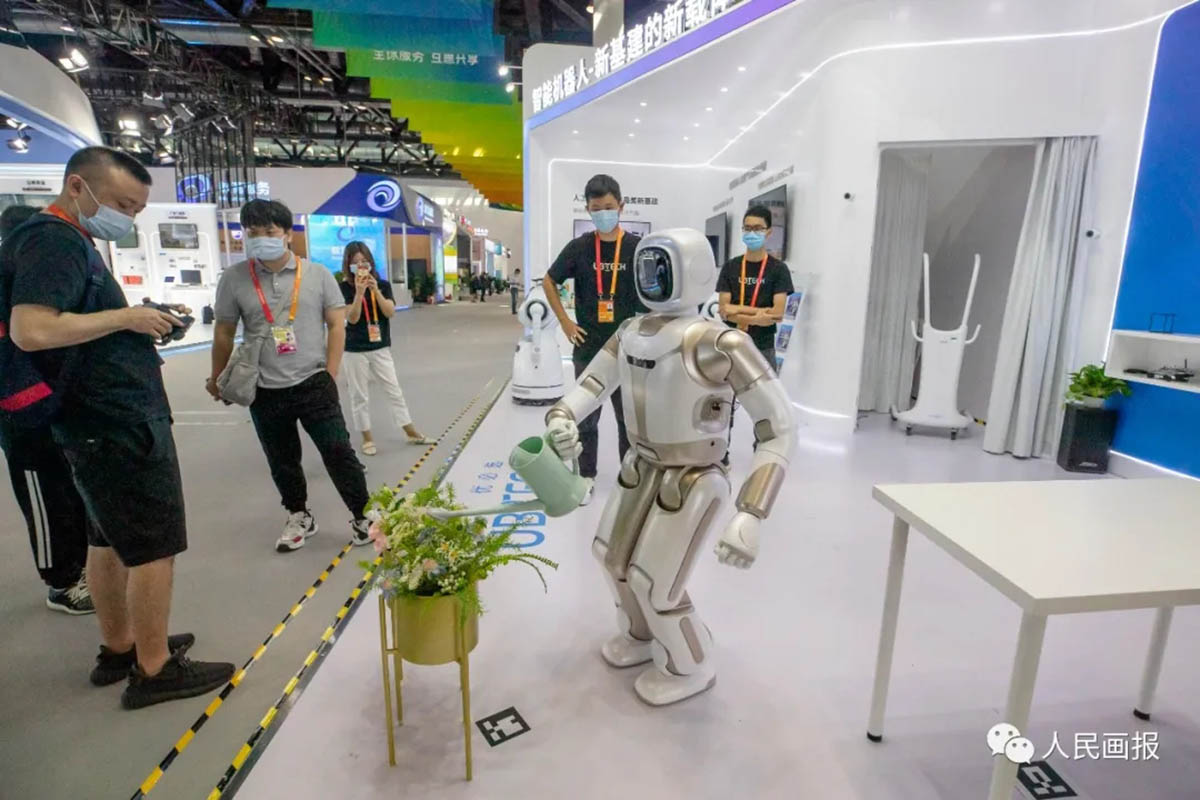 September 4, 2020: A home robot displayed at the 2020 China International Fair for Trade in Services (CIFTIS).

Confidence in Sustained Opening Up
Scan with wechat to share

The 2020 China International Fair for Trade in Services (CIFTIS), held from September 4 to 9, is a large comprehensive exhibition and trading platform for people from across the world to show off the new breakthroughs in trade in services and share the new technologies and other benefits of global progress in this area. At the September 4 opening ceremony, Chinese President Xi Jinping delivered a speech by video.

Xi expressed great concern for the recovery of the global economy. He said that our world is going through profound changes unseen in a century, and the COVID-19 pandemic is accelerating such changes. Economic globalization has run into headwinds; protectionism and unilateralism are on the rise; the world economy is in the doldrums; and international trade and investment have slumped.

Although COVID-19 has not been brought under full control at the global level, the Chinese government decided to hold the CIFTIS to drive an early recovery of the world economy. This not only shows the responsibility of a major country but also proves the idea of “a global community of shared future” upheld by China.

From Xi’s speech, we can see China’s resolution to continue its opening up. In his speech, Xi not only expressed the country’s determination to open China’s door wider to the world but also announced a series of important measures to support and expand the opening up of services trade. Implementations include support for Beijing in developing a national integrated demonstration zone for greater openness in the services sector; and in setting up a pilot free trade zone featuring scientific and technological innovation, opening up of the services sector, as well as the digital economy. Furthermore, he also announced that China will continue to build bases for featured services export and develop new business forms and models in services trade. China will work with other countries to enhance macro policy coordination, accelerate international cooperation in the digital sector, step up protection of intellectual property, and facilitate the vibrant growth of the digital economy and sharing economy.

In his speech, Xi first stated that open cooperation in the services sector will become an increasingly important driver for development. He shared three suggestions on cooperation in detail. Firstly, the unique features of services trade being asset-light but heavy in soft factors of production require an open, transparent, inclusive and non-discriminatory environment for cooperation. Secondly, the development of new models in services trade requires the driving power of innovation. Countries need to adapt to the digital-driven, internet-based and smart growth trends, jointly eliminate the “digital divide,” and advance digitalization of trade in services. Thirdly, in this age of economic globalization, countries share economic interdependency and intertwined interests, so partners should treat each other with sincerity and pursue shared benefits.

Xi showed confidence that the world will have a better tomorrow. The CIFTIS itself is an illustration of his confidence in China’s economic resilience and the recovery of the world economy. “The sudden attack of COVID-19 may have prevented us from meeting face to face, but it cannot block the growth of trade in services, nor will it affect our confidence and action as we pursue shared progress and mutually beneficial cooperation,” he said.

In brief, President Xi Jinping in his speech expressed the Chinese voice of advocacy for open cooperation and the country’s stance for promoting globalization, in an effort to promote the common development of the world.

The author is an associate professor at Hengshui University.