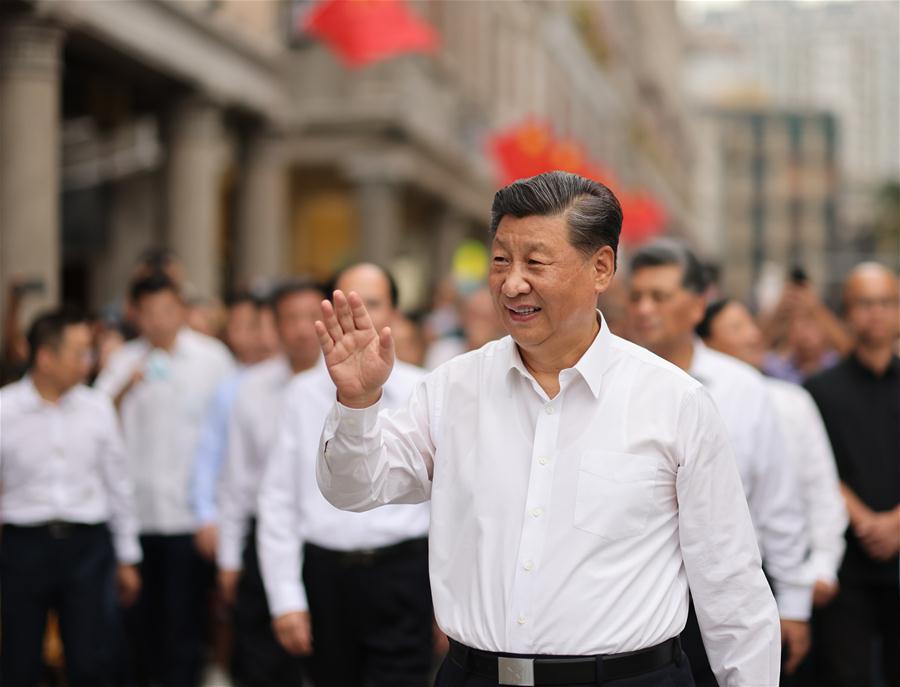 Chinese President Xi Jinping, also general secretary of the Communist Party of China Central Committee and chairman of the Central Military Commission, waves to the crowd while walking along a street in the old downtown areas in Shantou, south China's Guangdong Province, Oct. 13, 2020. Xi on Tuesday afternoon inspected the city of Shantou during his tour in south China's Guangdong Province. (Xinhua/Wang Ye)

In an old downtown area of Shantou that witnesses its opening-up history, Xi went to a cultural exhibition hall and a museum of correspondence from overseas Chinese, to learn about the city's history of opening as a port, its development as a special economic zone, and the history of overseas Chinese people from Chaozhou and Shantou and neighboring areas caring about and supporting the construction of their motherland and hometown.

He later walked along the streets in the old downtown areas and talked with local residents.